Accidents happen every day throughout the Volunteer State. In fact, some experts have said Tennessee drivers are some of the worst in the United States based upon factors such as collisions, DUI charges, and uninsured drivers per capita. 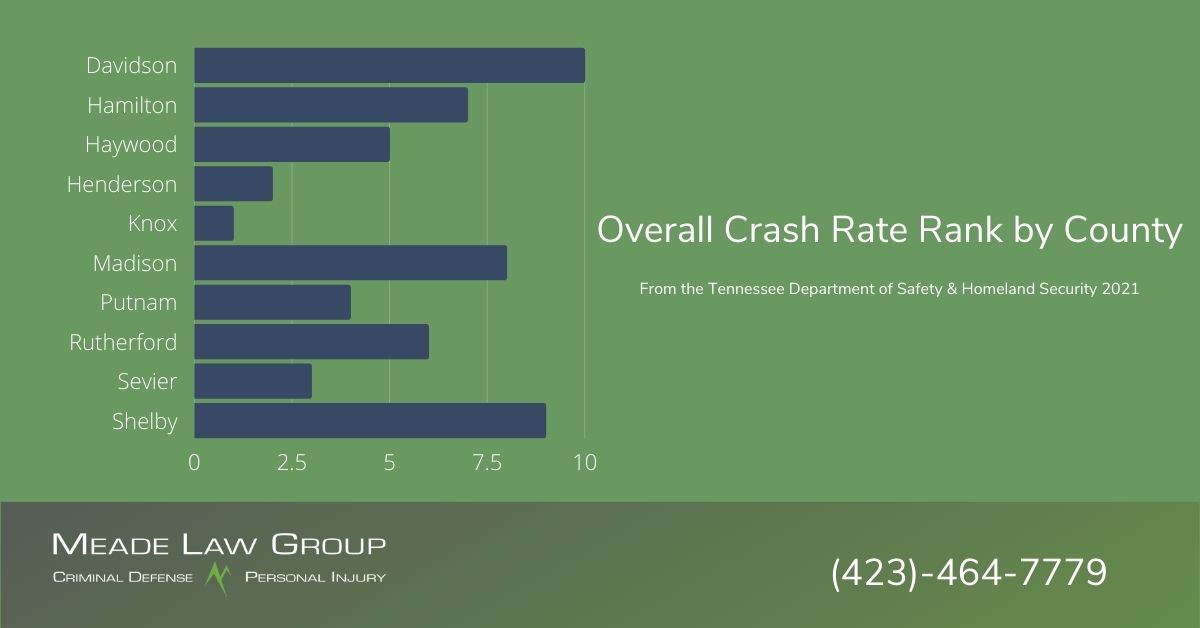 As you can see in the graph, Davidson, Shelby, and Madison counties are the overall worst counties for Tennessee drivers. Here in Johnson City, Washington County’s overall ranking was 12th worst in the state, Carter County’s was 46th, and Sullivan County’s was 28th. 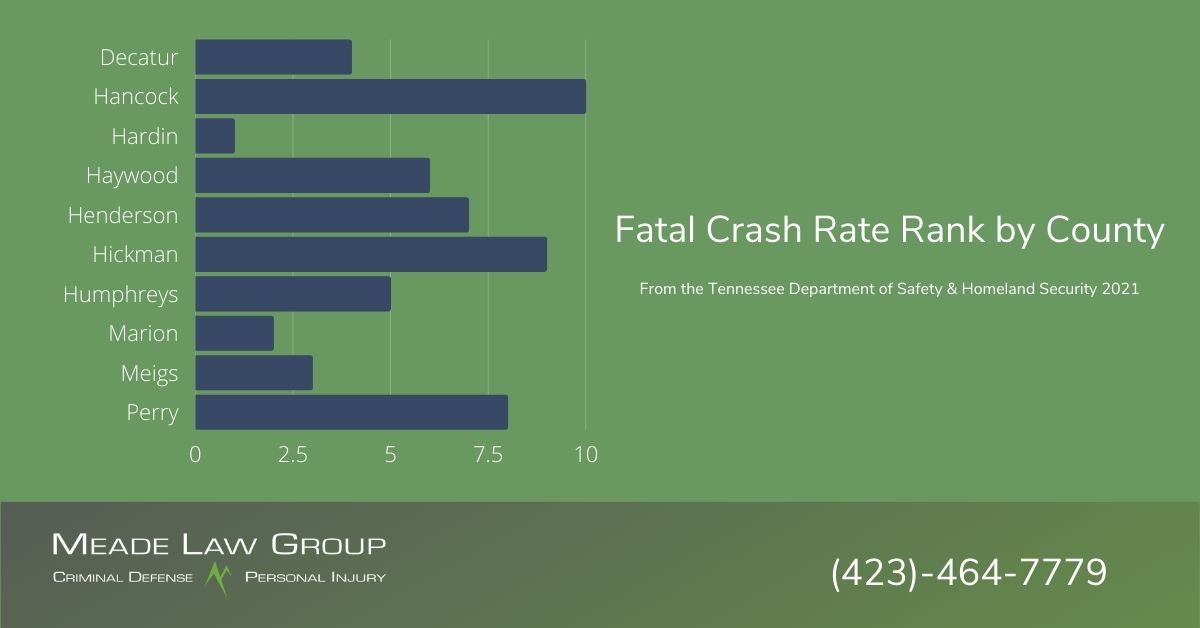 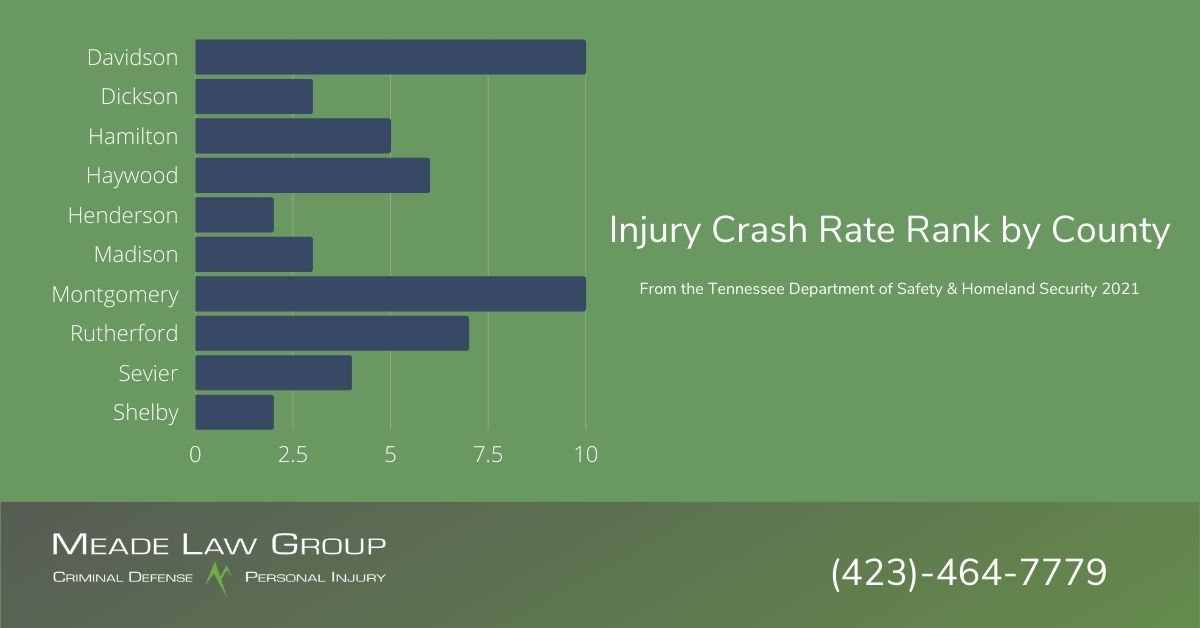 If you were injured in a crash, you have the right to seek compensation for your injuries. That’s where the team at Meade Law Group can help. With nearly 40 years of combined experience, our attorneys are ready to get you the justice you deserve. Contact us today for a free consultation — (423) 464-7779.