What Are the Consequences of a DUI in Tennessee?

Because of public pressure to crack down on driving under the influence cases, prosecutors, judges, and the law will lean heavily on people convicted, especially those facing their second, third, or subsequent charges.

Consequences for a DUI conviction include:

One of the most common mistakes a person can make is to get behind the wheel having had one too many alcoholic beverages, yet DUI charges are considered something of a scarlet letter and carry with it very harsh penalties. Far too many people simply accept their punishment without first being sure that the police have done their job properly in first stopping and then arresting.

If you have been pulled over for drunk driving, fight your DUI charges with the help of Meade Law Group. We have over 30 years of experience representing the rights and freedom of the accused. Do not face your charges alone!

Trust our Johnson City DUI lawyers at the Meade Law Group for a FREE phone consultation. We can be reached at (423) 464-7779.

What to Do After a DUI Arrest in Tennessee

When you are pulled over for DUI on a Tennessee roadway, there are important things to remember to protect yourself. 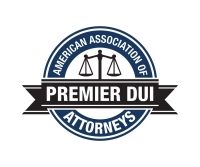 You have the right to refuse field sobriety tests, which are notoriously biased and hard to determine. In addition, you can refuse a blood or Breathalyzer test, but this may result in the automatic suspension of your license until your hearing.

In addition, you have the right to refuse to answer police questions and, most importantly, it is vital that you have a DUI defense attorney in Kingsport, TN on your side to ensure you do not incriminate yourself.

Call the Meade Law Group today at (423) 464-7779 or contact us online as soon as possible to discuss your situation.