In a recent premises liability action, the U.S. Court of Appeals for the Fifth Circuit reversed a summary judgment granted in favor of the defendant store. The panel reviewing Cox, et al. v. Wal-Mart ruled that just because danger at a doorway entrance may be expected doesn’t necessarily mean it’s reasonable or that the store was freed of its responsibility to ensure customer safety. 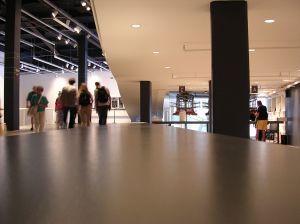 The Tennessee slip-and-fall attorneys at Meade Law Group recognize that when it comes to this area of premises liability law, each state is governed by its own history of case law and legislation.

For example, where the Cox case originated, in Mississippi, the defense argued it should be freed from liability due to a ”categorical exemption” extending to defective thresholds in that state. The appellate panel questioned whether Mississippi case law extended such protection to defendants in these cases. Even so, the court indicated the alleged defect could well be seen as unreasonably dangerous for the fact that the condition changed suddenly, and without warning.

Specifically, the case involved an automatic sliding door where the threshold rose and fell every time a customer entered. The plaintiff in this case reportedly tripped after one of her feet caught on the raised threshold.

In Florida, the law recently changed from requiring only proof that a substance or hazard caused an accident resulting in injury, to shifting the burden of proof to establish the business knew or should have known about the hazard and failed to address it.

The Standard of Proof in Tennessee Fall Down Cases

In Tennessee slip-and-fall or trip-and fall cases, plaintiffs must meet a similar standard of proof. It must be shown the retail store, restaurant or other establishment was aware (or should have been aware) of the dangerous condition.

For example, if you slip and fall in a puddle on the bathroom floor of a restroom, you might not necessarily have to show that someone on staff was aware of that specific puddle. Staffers should reasonably expect that water will be spilled on the bathroom floor, and that restrooms should be routinely cleaned to remove such hazards and protect patrons.

This is sometimes referred to as “constructive notice.” This is when an operator or owner should be aware of a dangerous condition because of common practice or because it’s been a recurring issue or results from a pattern of conduct.

Not only do establishments in Tennessee have a responsibility to keep their property in reasonably safe condition for business invitees, but they must also warn patrons of any potential dangers that could exist on the property. Failure to warn may result in easily-avoidable injuries, which can form the basis of a negligence claim.

In the bathroom example, a sign warning of a “slippery floor” could be an appropriate warning. That doesn’t necessarily negate all owner responsibility in these cases, but it could result in a finding of comparative fault, which would serve to reduce a plaintiff’s overall compensation. In other words, if you see a sign for a wet floor and you do not use due caution, you could be found at least partially responsible for any resulting injuries.

Under Tennessee’s modified comparative fault system, if you are found more than 50 percent liable, you are no longer eligible to pursue a damage claim.

If you have questions about your slip-and-fall claim in Tennessee, contact our offices today.