Bicycle riders face the risk of serious injury or death if drivers do not operate vehicles safely and share the road responsibly. Unfortunately, a recent report from the League of American Bicyclists reveals that drivers are too often failing in their obligation to riders. Too few of these drivers are being held accountable when they do cause deadly accidents and this needs to change. 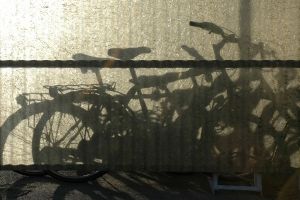 When a driver causes a bicycle accident, the victim of the crash or his or her surviving family members need to understand the law and pursue a claim for compensation. A personal injury lawyer can help.

The League of American Bicyclists analyzed 628 fatal accidents in which bicycle riders were killed between February of 2011 and February of 2013. Data on bicycle crashes came from the National Highway Traffic Safety Administration (NHTSA) and was supplemented with information gleaned from newspaper reports on the collisions that occurred.

The research showed that often it was a driver of a passenger vehicle who was to blame for causing the accident. Only 94 bicyclists killed in deadly crashes were believed to have been responsible for causing the accident, with the remainder of crashes likely caused by the drivers of passenger cars. This included crashes caused by careless or distracted driving as well as crashes that were hit-and-runs where the driver fled the scene of the accident.

Based on the research into these collisions, the top causes of bike-rider deaths became clearer. Most bicyclists were killed in the following types of accidents:

Bicycle riders need to know of the times when they are at the biggest risk of being involved in a crash. Drivers should also be sure they are aware of common types of bike accidents and that they are doing everything possible to prevent them from occurring.

Meade Law Group serves Johnson City and the Tri-Cities. Contact us today at(423) 464-7779​or visit https://www.injury-lawyer-tn.com.