Most people think virtually nothing of popping a dose of Tylenol (or some generic form of the drug) to treat aches, pains and fevers. Not much of a second thought is given when we give those same drugs to our children.

However, a recent report by journalism non-profit ProPublica reveals that some 1,500 people have died in the last decade due to unintentional overdose on the drug. 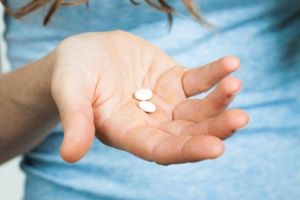 The Tennessee personal injury lawyers at the Meade Injury Law Group understand that while the U.S. Food and Drug Administration has long been aware that the risks of acetaminophen are higher than those for most other pain relievers, the agency has significantly delayed or simply failed to adopt measures that would reduce risks to consumers. This is despite the fact that the agency deemed acetaminophen overdose a “persistent, important public health problem.”

Clear back in 1977, the agency convened an expert panel on the issue, and it was recommended that companies selling the drug be obligated to include a warning label indicating the potential for severe liver damage. However, it wasn’t until 32 years later – in 2009 – that the label was officially required, and even that came despite severe push back from drug manufacturers.

Then four years ago, another panel proposed a laundry list of changes that would improve safety of acetaminophen sold over-the-counter. Those included reducing current dosage strengths or alternatively making the higher dosages only available in prescription form, establishing pack size limits for acetaminophen products, eliminating non-prescription acetaminophen combination products, limit formulations for over-the-counter liquid forms of the drug and the elimination of prescription acetaminophen combination products (or otherwise require unit-of-use packaging or additional warning labels). None of these measures have yet to be implemented.

In the meantime, people – from healthy adults to young children – continue to die as a result of accidentally consuming too much acetaminophen.

The first reports of these deaths emerged in the late 1960s. It was soon after learned that when the drug is broken down by the liver, it results in a potentially toxic byproduct. When the liver reaches a point that it can no longer safely dispose of this byproduct, it can fail, resulting in serious complications requiring a liver transplant or even resulting in death.

In 1997, a groundbreaking study published in the New England Journal of Medicine revealed that acetaminophen was a top cause of acute liver failure at a hospital in Dallas, despite its reputation as a “safe” drug. In many of the cases, researchers discovered that patients had consumed no more than the recommended maximum dosage. And yet, they still suffered liver failure.

After that, the National Institutes of Health funded a much larger study, finding that what was true in Dallas was true nationwide. Acetaminophen is the top cause of acute liver failure in this country.

In light of all this, following the ProPublica report, researchers at the National Institute for Mathematical and Biological Synthesis at the University of Tennessee in Knoxville developed a method for determining which acetaminophen poisoning victims might best qualify for a transplant.

There is a chemical antidote to those who have suffered from acetaminophen poisoning, but it’s only effective if patients receive it within 8 hours of the initial consumption. If the damage is too severe and the antidote isn’t received in time, liver transplant is often the only lifesaving option.

But determining which patients will best recover from such a major operation isn’t always easy, and medical professionals may be hesitant to follow through with a transplant if there is not at least a moderate chance of survival.

The model has so far proven effective with more than 50 patients who overdosed on the drug in Utah, but researchers say a larger study must be conducted.

Meade Injury Law Group serves Johnson City and the Tri-Cities. If you are injured by a dangerous or defective product, contact us today at (423) 464-7779or visit www.injury-lawyer-tn.com for a free consultation.