Our Johnson City truck accident lawyers know Federal Motor Carrier Safety Administration (FMCSA) data shows that around 6,000 accidents occur each year as a result of truck driver fatigue. The FMCSA has tried to combat this problem, publishing new regulations in 2011 that limits hours of service, and require more rest than truckers were getting under the laws relaxed during the Bush Administration. 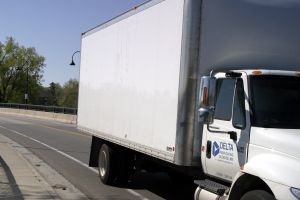 Although the regulations passed two years ago, they were slow to take effect because the FMCSA left plenty of time for workers to make the adjustments. The new hours-of-service limits went into effect on July 1, 2013. Even as they were going into effect, however, professional trucking groups were continuing to raise objections and a lawsuit was ongoing.

This August, however, Truck News reported that the litigation has ended and that the court determined the FMCSA’s new rules would become applicable with just a few small changes.

FMCSA New Hours of Service Rules Could Help Save Lives

The FMCSA new rules for hours of service have several different components. First, the FMCSA has mandated that a driver must stop for at least a 30-minute meal and rest break within the first eight hours of the workday. Being required to stop for a meal can not only ensure that drivers aren’t operating their vehicles while distracted by hunger, but also that drivers get a little bit of rest so they can come back focused and ready to drive safely.

The court, in reviewing the FMCSA’s rules, made a slight change to this 30-minute break requirement, ruling that it should not be applicable to short-haul truckers. The rule remained in effect for long-haul drivers.

Another key component of the FMCSA rules involved changing the limits on average work-week hours. Previously, workers could drive as long as 82 hours over the course of the week. Now, drivers can drive a maximum of 70 hours. After they have driven 70 hours, they are required to take a 32-hour continual rest break that includes at least two full nights of sleep.

This provision of the new regulation created concern among the Owner-Operated Independent Drivers Association (OOIDA) which believes that truckers should have the flexibility to make their own decisions in order to do their job safely. The American Trucking Association (ATA), on the other hand, focused its concern on the rule-making process the FMCSA used. The ATA called the rule-making “agenda driven,” and said that it hoped the court’s recognition of shortcomings in the FMCSA’s deliberation method would cause the agency to do more substantial research in the future.

Despite the unhappiness on the part of the truckers, however, the fact is that shorter work weeks could translate to drivers who are more alert, and hopefully help to reduce the number of truck accidents on the road. The concern on the part of trucking groups is likely largely focused on the interests of their members, who may lose money due to the new regulations. The concern of the FMCSA however, needs to be on ensuring that the public is safe and not put in danger by drowsy drivers piloting big rigs.

If you are in a truck accident in Johnson City, Tennessee, contact Meade Injury Law Group today at (423) 464-7779​for a free case consultation.