Generators are routinely used in both detached and manufactured homes to provide backup power. In some off-the-grid living environments, generators can also be used in conjunction with a solar or alternative power system, or even to provide the bulk of the energy for the home. 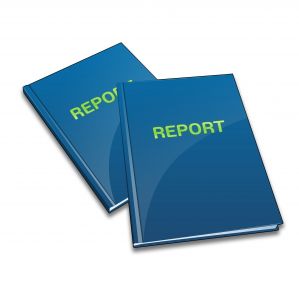 Unfortunately, a recent study shows that home-use generators can be very dangerous. Our Johnson City injury lawyers know that there is a risk of carbon monoxide (CO) poisoning when a generator is run for lengthy periods of time. However, a recent study confirmed just how high the risk can be for those running a generator regularly. The study suggests that generators will need to undergo a design change to address this danger before they can be truly safe for home use.

The study may have been prompted, at least in part, by the fact that the CPSC has received numerous reports of injury and death caused by home generator use. In fact, between 1999 and 2011 alone, CPSC recorded 775 deaths as a result of home generators. Most of these deaths – almost three-quarters of them – occurred during the time period from 2005 to 2011. In many cases, the death resulted when the generator was being used during a power outage.

The study confirmed that generators can be very dangerous and that their operation may even be fatal. Researchers learned that running the generator for 18 hours was likely to cause high CO exposures that could be harmful to health or cause death. Unfortunately, the risk existed regardless of whether the generator was in the house or whether it was located in the garage.

Researchers made this determination by using a multi-zone airflow and contaminant transport model called CONTAM to conduct the experiment. A total of 87 single-family detached dwellings were included in the study, with almost 100,000 individual 24-hour simulators run on the dwellings. The experiment took into account a huge number of variables including house size, outdoor temperature, wind speed and the generator location, making sure that the 87 homes represented a good portion of U.S. dwellings. Ultimately, 60 percent of dwellings were represented.

The data revealed that the dangerously high level of CO after running the generator for 18 hours existed across the board. In other words, the high CO exposure occurred in both detached and manufactured homes no matter what other variables were put into play as far as location and house style.

This is bad news for those who need backup power, but the CPSC is working on a technology-based solution and there are generators available that have been modified to limit CO emissions using various methods such as a shut-off switch. Regardless of how the problem is resolved, however, it is clear that generator manufacturers need to do something to stop putting homeowners at risk of a potentially deadly toxic exposure.

If you are injured by a dangerous product in Johnson City, Tennessee, contact Meade Injury Law Group today at (423) 464-7779​for a free case consultation.