The laws on marijuana use are undoubtedly become much more lax throughout the United States. News 2 reported that Tennessee lawmakers have tried to get marijuana legalized in the state, although without success thus far. At least 30 different states have taken steps towards legalizing or decriminalizing marijuana. In most states where marijuana has been made legal, the change to the law limits the drugs use to medicinal purposes. However, several states have legalized the drug for recreational use or are considering doing so. 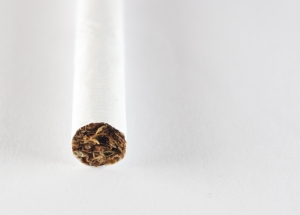 While marijuana may have significant medical benefits, a personal injury lawyer knows that it can also create risks on the road in Johnson City and across the Tri-City area. Drivers who are stoned may not be as safe as drivers who are sober, and state lawmakers are having difficulty determining how to effectively regulate drivers impaired by cannabis products. Further, researchers are not even fully aware yet of exactly what impact marijuana use has on driving ability, which complicates the issue of effectively regulating stoned driving even further.

Legalization of Marijuana Can be Risky for Drivers

According to a recent USA Today article, safety advocates have expressed serious reservations about the widespread moves towards the legalization of cannabis products. One safety advocate from AAA likened the trend towards legalization to painting a plane while flying it. By this metaphor, he was intending to illustrate that states are trying to make laws and understand the impact of marijuana even as they move towards changing the rules and allowing more widespread use of the drug.

It is very clear that more people are consuming marijuana and driving today than in the past. A National Highway Traffic Safety Administration study conducted in 2007 found that 8.6 percent of motorists have THC in their system. THC is the active ingredient in marijuana. This test occurred prior to the push towards legalization that has occurred over the past several years, and there are likely even more stoned drivers today. Columbia researchers, for example, revealed that the number of drivers in fatal crashes testing positive for marijuana increased from four percent in 1999 to 12 percent by 2012.

State lawmakers seem unclear how to prevent or effectively police people from getting behind the wheel. Some have left the issue to the discretion of law enforcement to determine if someone is too stoned or impaired to be safe behind the wheel. Others have passed laws limiting the amount of active THC in someone’s blood. This is similar to the blood alcohol concentration measure that is used to assess whether someone is driving drunk. The problem is, researchers haven’t yet established whether the amount of active THC in someone’s body is correlated towards actual impairment.

Research has been mixed, in general, related to the impact of marijuana on driving. Studies have shown that stoned drivers tend to be less aggressive and drive more slowly, which could be a good ting. However, stoned drivers also have worse peripheral vision and delayed reaction time, which is decidedly bad for road safety.

This issue is likely to be become even more pressing in recent months, and it is essential that lawmakers and researchers quickly find effective ways to prevent stoned driving before more deadly crashes occur and people lose their lives.