In 2010, a six-year-old boy suffered a severe head injury because of an incident with an elevator in his home. The boy had been left alone very briefly in an open foyer while his parents were doing laundry. Unfortunately, while the parents of the young child had taken a great many safety precautions to child-proof their home, they were unaware that their home elevator had a design that would allow the child to become trapped between the outer door and the accordion-style door that closes the elevator car. When the elevator is called to a different floor, the child can become locked in this space and carried along with the elevator car, eventually hitting the sill. 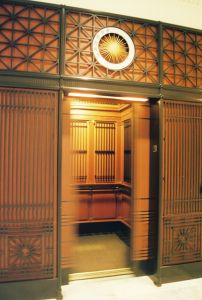 Personal injury lawyers in Kingsport, TN know that this tragic accident was not the first to occur because of an elevator design flaw. As Safety Research & Strategies, Inc. reports, the design of many home elevators as well as elevators in older buildings allows for kids as old as 12 to fit in between the outer and inner door and get stuck. While the Consumer Product Safety Commission (CPSC) has been investigating this issue, the commission has been slow to release its findings under 6B rules for releasing information. The data from the CPSC could help those pursuing legal claims against elevator manufacturers, and the commission reportedly has the power to make elevator companies fix what may be considered dangerous design flaws.

The Consumer Product Safety Commission has the legal authority to regulate residential elevators because these home-elevators are considered consumer products. Currently, home elevators are not subject to any mandatory standards from the federal government, but this may change if the Consumer Product Safety Commission finds that home elevators have a dangerous design flaw that needs to be corrected.

Safety Research & Strategies, Inc. reports that the design flaw may have existed as far back as the 1930s when industry-documents acknowledge the risk and reveal efforts to warn manufacturers and building owners. In 1931, for example, the Otis elevator company also obtained a patent for a six-inch space guard that would be able to fit into the open space and prevent kids from getting trapped.

Documented injuries because of this problem also date back a long ways. From 1983 to 1993, 34 children suffered either death or serious injury due to being trapped in a home elevator. Between 2011 and 2012, there were also reportedly 1,600 injuries in lifts and elevators that necessitated trips to the emergency room.

In response to the injuries and growing concern about elevator safety, a CPSC spokesman announced in mid-July that the commission would be undertaking an analysis of elevator safety risks in 2014. However, Rule 6B gives manufacturers limited authority to control information released by the CPSC, which means that the public may be in danger until the commission actually does begin the investigation because the agency is limited in what the public can be told about the possible risk to kids from elevators.

Until the CPSC acts, parents and individuals with home elevators in their homes should exercise reasonable care and should be aware there is a potential chance of entrapment in many residential elevators.